'There is only one man in the world', from Names It is said there lived a man whose name was (* *). This happens a long long time ago, when the cedar, the fir, and the pine still had needles that stayed green all winter, in a land where the river cuts the town in half.

Many of the dwellers in that country-side knew him only by the name of (* *), for this was the only name that the common people gave him. And in truth his beard was blue, but it was blue only because it was black, and it was because it was so black that it was blue. (* *) must not be imagined as having the monstrous aspect of (****), laughing in his triple indigo-blue beard. We shall get much nearer the reality by comparing the profile to those actors or priests whose freshly shaven cheeks have a bluish gloss.

(* *) is not that bad really - he’s had a few crazy exes, but they’re not in the picture anymore, and he’s funny! Honestly! He makes you laugh! Ha! Ha!

(* *) was at the cool craft beer bar when you arrived. You’d walked for many days and were thirsty. He had already bought you a drink. It was dark and frothy like his beard, but it wasn’t blue, it was black, he told you so. He beseeched you to try it; you’d like it; you reminded him of someone cool he knew and she was really cool about cool craft beer and cool craft beer bars.

You marveled at his request, and said yes. You hesitated and didn’t know why. Your permission is very easy to take, but difficult to give away.

And so you all returned to his palace, and spent the rest of your day, as formerly, in peace and happiness. You rested, and awoke, and was his wife.

You remained in his palace, and I have come here to you to tell your story.

(* *) loves you, really - his exes left a few furniture pieces in his palace that you didn’t love. He was curiously into a stuffed fox with blue eyes, but the eyes were only so blue because they were black, and it was only because they were black that they were blue. When you left the palace to go to his concrete roof, he’d remark on the black sky above you both, brimming with stars. To you they were planes with people in, who you hadn’t seen in a while, but you weren’t sure how to bring it up. He is sensitive, and you are cool. When he reached into the redwood lacquered cabinet by the bed he is so sensitive, so sensitive to keep anything plasticine in there or your pills. You kept them in the mouth of the fox instead, brushing its teeth with your fingers on the sharp piano keys. He loved that fox; it was wild, and its coarse fur matches his own and his beard. He spent hours in the bathroom, and wouldn’t pee in front of you. Once you farted, and he went pale white, and his beard even… blacker, and he left the room. You were in the palace for days before he talked to you again.

He brought you more cool craft beer and beseeched you to drink in bed. You are cool and he is cool and the drink was black and the sky was black and you’d wake with him on you because he loves you so much and he handfed you because you are delicate and it was always blackberries and he once used the juice on you and you turned your head and you looked at the cabinet and thought: maybe it’s blackberrywood and the lacquer is just juice. You started thinking of your bleeding as blackberries, when the clots started coming thick and fast and he popped them and screwed up his face. He was cool. Once you saw him talking to the fox and stroking its teeth and for a moment its molars looked like …

In his profile there was a woman with russet hair smiling really wide in a picture. Nevermind. You must be mistaken.

He likes to bite and your hickies are not blue or blackberry juice they’re black and you squirmed away once twice and then you had small fingerprints in blackberry because he loves you.

You went up to his roof when he left you. He had given you a key with his fingerprints on it. You stare at the sky. It is blackberry. You feel blackberry, no, black, wait - bl-.

When you left him it felt like he’d taken something and you can’t recall what. You walked from the palace and back towards the stomach of the river where you can follow the smell home underground. You try to ride the Victoria line but end up on the Northern line instead.

And you go back.

And so you all returned to his palace, and spent the rest of your days, as formerly, in * and *.

The Language of the Brag

I have wanted excellence in the knife-throw,

I have wanted to use my exceptionally strong and accurate arms

and my straight posture and quick electric muscles

to achieve something at the centre of a crowd,

the blade piercing the bark deep,

the haft slowly and heavily vibrating like the cock.

I have wanted some epic use for my excellent body,

some heroism, some American achievement

beyond the ordinary for my extraordinary self,

magnetic and tensile, I have stood by the sandlot

and watched the boys play.

I have wanted courage, I have thought about fire

and the crossing of waterfalls, I have dragged around

my belly big with cowardice and safely,

my stool black with iron pills,

my face swelling and darkening, my hair

falling out, my inner sex

stabbed again and again with terrible pain like a knife.

I have lain down.

I have lain down and sweated and shaken

and passed blood and feces and water and

slowly alone in the centre of a circle I have

passed the new person out

and they have lifted the new person free of the act

and wiped the new person free of that

language of blood like praise all over the body.

I have done what you wanted to do, Walt Whitman,

Allen Ginsberg, I have done this thing,

I and the other women this exceptional

act with the exceptional heroic body,

this giving birth, this glistening verb,

and I am putting my proud American boast

right here with the others. 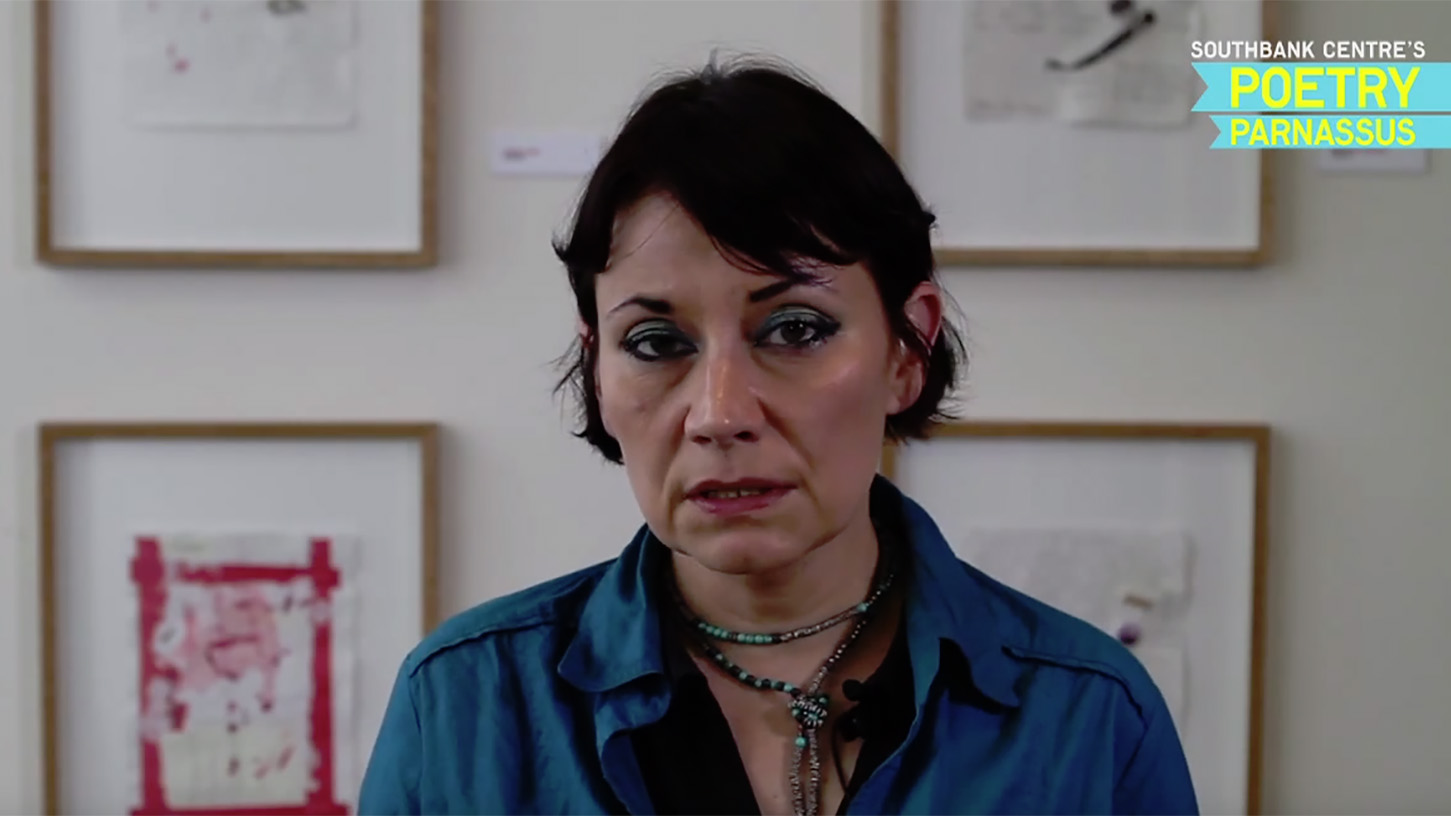